At the time of writing most GARC members (if not all) would have received a letter from Ofcom stating changes to the amateur radio licence. If you have not received this letter it may be worth checking your email address is correct on the Ofcom licence portal. A link to a copy of the letter can be found below as well as links to Ofcom and RSGB websites.

In October, we also issued a Statement setting out our decision to formally require licensees to comply with the ICNIRP general public limits and we recently published an update on how we propose to implement that decision.
We are now writing to you to inform you of our proposal to vary the terms and conditions of your licence(s) to require you to comply with the ICNIRP general public limits. In accordance with the Wireless Telegraphy Act and your licence(s), we are giving you notice of our proposal by publishing a General Notice on our website.

Most radio amateurs have been aware of this forthcoming change for some time and it has caused a great deal of debate and response. Some of the responses have been published by Ofcom including from the RSGB.

In short, radio amateurs must demonstrate ICNIRP compliance by limiting EMF exposure to members of the public when transmitting.

This condition will apply to all licence classes which authorise equipment to transmit at powers higher than 10 Watts EIRP or 6.1 Watts ERP. Ofcom require affected licensee’s to keep records that demonstrate how they have complied with the ICNIRP general public limits.

This is going to be different for everyone depending on where they live and the setup of ariels etc. At best it will be a paperwork exercise at worst it may mean moving ariels or reducing power and time transmitting. The RSGB have developed a prototype additional front sheet in the RSGB/Ofcom calculator. This is likely too change along with additional tools comming from the amateur radio community.

The final decision to vary the licence to include the EMF condition will be made by 18 May 2021. Compliance will likely be enforced after a 6 month grace period for frequencies above 10 Mhz and 12 months for frequencies below that.

Any of the above information may contain inaccuracies or subject to change. It’s advised that you visit the RSGB and Ofcom websites for further information on how radio amateurs can comply with the new proposed Ofcom EMF NOV.

Generally, propagation conditions are best when the A index is 15 or lower, and the K index is 3 or lower.
For SFI and SSN measurement, the higher the number, the better HF propagation should be.

Images and Data Courtesy of SOHO (ESA & NASA) and NOAA

The future of amateur radio

Introduced by Don Beattie, G3BJ, five young radio amateurs from different countries explain what they think the future of amateur radio should look like.

Kevin has been a member of the club for 25 years. Interests are HF, Data modes, Digital modes. Currently trainer for the club. Active Dxpeditioner.

Islands On The Air 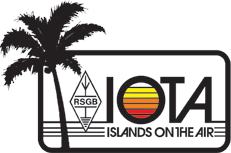 Over the years we have participated in a number of DXpeditions to promote IOTA and have activated a number of islands.